I skipped episode 6, might as well continue onwards xDD. 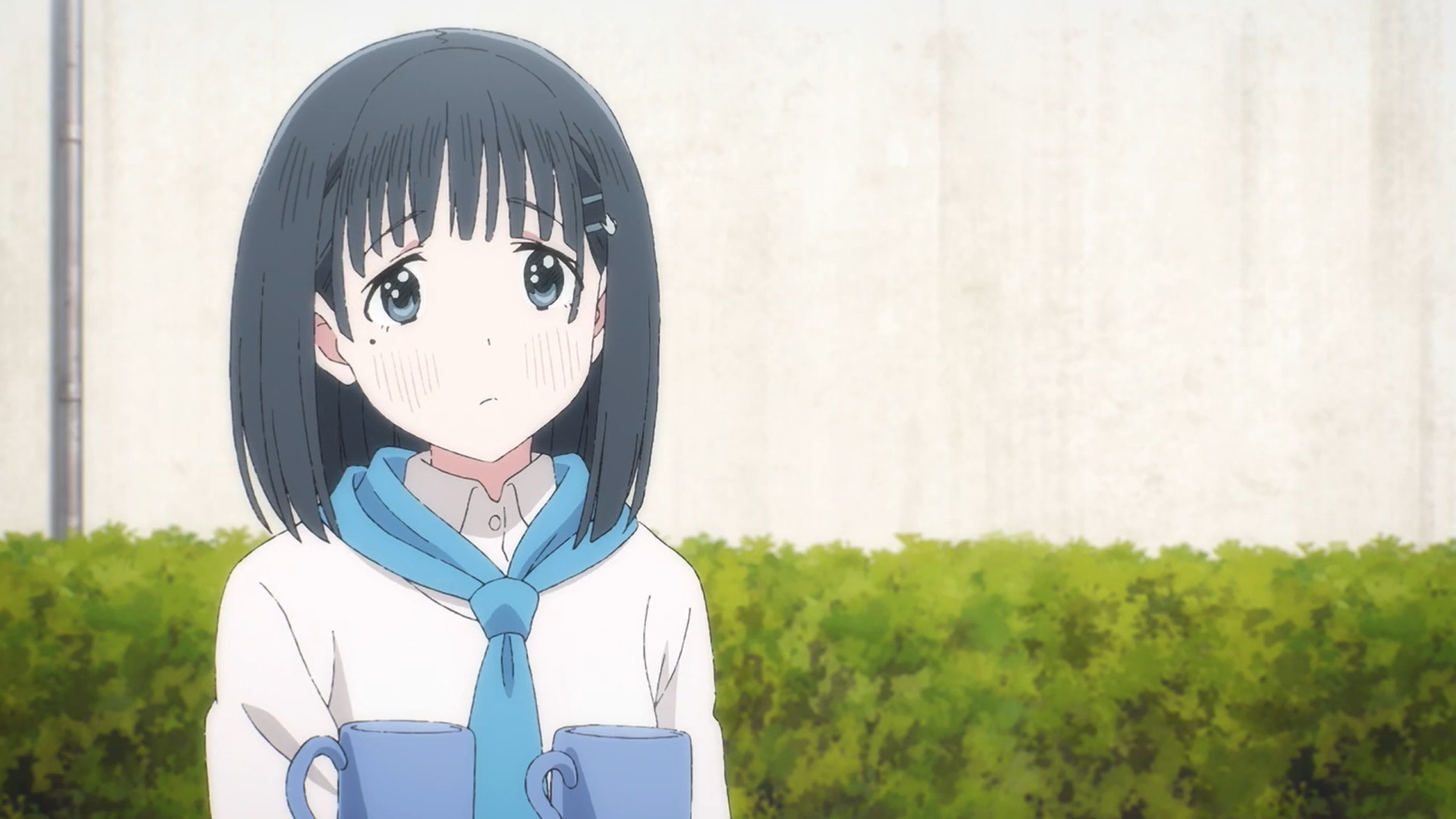 I’m pretty surprised that Koguma would take the initiative of approaching the festival committee and offering her and Reiko’s service to them via using their cubs. Reiko has gotten a hunter cub, since her postal cub is damaged beyond repair. Not too much to say on Reiko and Koguma, besides enjoying the two girls traveling along on their cubs. I think the real purpose here is to introduce a new character? Shii. The head of the festival committee. Apparently Shii reminded Koguma of a washed out blue, however by the end Koguma is actually reminded of a very pale yet blue sunny summer, it’s one of those cool summer days where it has blue skies. Not a bad episode. 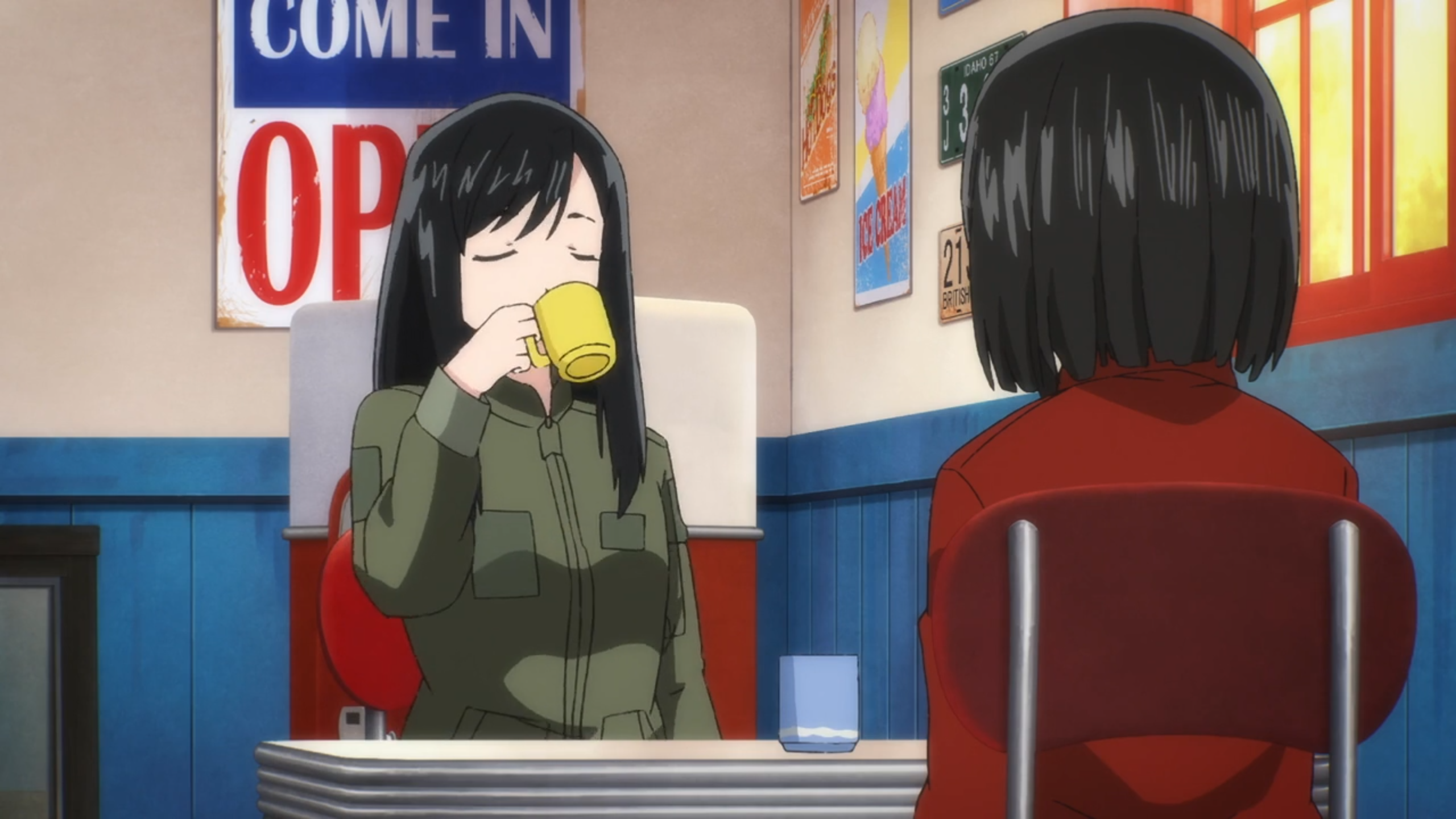 So, we get some exposition on Shii. Her family is the one that runs that nice looking cafe seen in the opening. It’s called Beurre meaning butter in French. Have to agree with Reiko here though, it has a very unconventional interior. Anyway, our favourite girls are wondering on how to get their cubs ready for winter. I had to laugh at two scenes, one where Koguma kind of got caught out on. The first one is where Reiko is looking excitedly at a replica gun, with Koguma reprimanding her for what why they are at the store. Koguma then sees a nice bento box and gets it, with Reiko teasing her on Koguma’s purchase. The other being handle bar covers. Which Reiko was initially against but came round to them. In all, it is a very nice episode, one where I just chilled to.

Hey up everyone, this is Roki. I’m just your typical guy who loves anime and videogames. I do have a daft sense of humour. Do love the paranormal, supernatural, mysteries, myths, folklore and legends